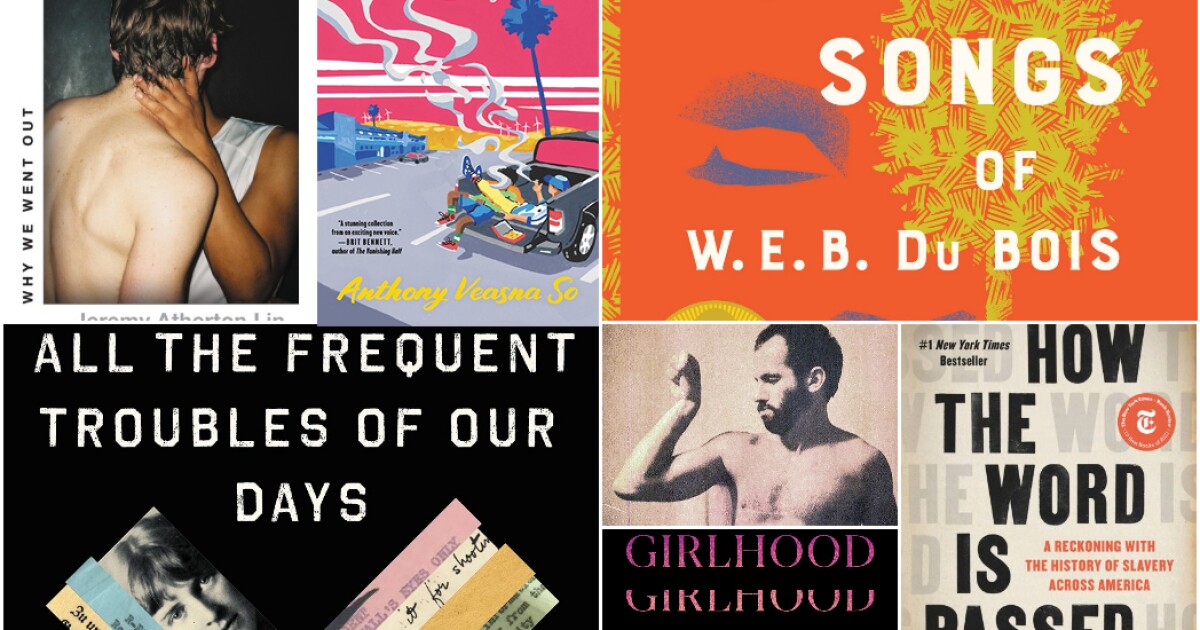 If you purchase linked books from our site, The Times may earn a commission from Bookshop.org, whose fees support independent bookstores.

Honoree Fanonne Jeffers, Anthony Veasna So and Clint Smith are among seven winners of this year’s National Book Critics Circle Awards for work published in 2021, announced Thursday at a virtual awards ceremony by the book critics organization. American books.

Jeffers won the fiction award for “The Love Songs of WEB Du Bois,” his first novel about black history and coming of age in the South.

“It’s a complete shock,” Jeffers said, covering his mouth in disbelief and wiping tears from his eyes when Jane Ciabattari, the chair of the fiction committee, announced his name. “I didn’t want to be cute, I was just going to wear a T-shirt.”

Through tears, Jeffers thanked the “dear Georgian women of my maternal line,” including his mother and his late sister; the historians and writers “who provided the backbone of this book”; WEB Dubois, “whose spirit has hopefully blessed this book”; and Oprah Winfrey for choosing the novel for her book club. “[She] spoke my name with grace and kindness and completely changed my life for the better.

So, who died in December 2020, was awarded the John Leonard First Book Award, presented for his posthumous collection of short stories, “Afterparties”. The book follows a community of Cambodian Americans living primarily in California’s Central Valley and deals with reincarnation, legacy trauma from the Khmer Rouge era, homosexuality, and the intricacies of family life. The judges praised “Afterparties” for its “vigor, originality and good humor” and expressed their condolences. “CCNB joins So’s loved ones and readers in celebrating his work and mourning his loss.”

Accepting the award on So’s behalf was his sister, Samantha So Lamb. “After my brother’s death, [the team at Ecco] really wrapped around us, including me, my family,” she said, her voice cracking with emotion. “My brother is a superstar, and our team made sure of that. I am grateful that my brother was able to share his voice and uplift the Cambodian American and LGBTQ communities before his passing.

Smith received the non-fiction award for “How the Word Is Passed: A Reckoning With the History of Slavery Across America,” a work that explores the legacy of slavery and its lasting effect on the history of the United States. United.

“When I wrote this book, I decided to try to write a book that I needed when I was 16, sitting in my American history class,” Smith said in his speech. “I think of Clint, 16, today, sitting in that American history class, and I think of my grandfather’s grandfather, who was born a slave. And I also think of Toni Morrison, whom we invoked this evening and which has always been in my mind and in my heart.

The poetry prize went to Diane Seuss for “frank: sonnets,” a deeply personal collection that explores the author’s life and her search for some semblance of “beauty or relief.” In the biography category, Rebecca Donner won “All Troubles Frequent Today: The True Story of the American Woman at the Heart of Germany’s Resistance to Hitler.” At its center is Donner’s great-great-aunt, Mildred Harnack, an American executed by the Nazis for leading an underground resistance group in Germany during World War II.

Jeremy Atherton Lin won the autobiography prize for ‘Gay Bar: Why Went Out’, a transatlantic tour of the gay bars that shaped the author’s queer identity, which blends memoir, criticism and history. In the critical category, Melissa Febos won for “Girlhood,” a collection of stories about the values ​​that shape girls and the women they become. The judges called it “an incisive and vibrant critique of what it means to grow up as a woman.”

Author and literary critic Merve Emre and author and distinguished USC professor Percival Everett were also honored at the event as recipients of the Nona Balakian Citation for Excellence in Reviewing and the Ivan Sandrof, respectively. Lifetime Achievement Award. The Cave Canem Foundation was also honored by receiving the first Toni Morrison Achievement Award.

Autobiography
Hanif Abdurraqib, “A Little Devil in America: Notes to Glory of Black Performance”
Jeremy Atherton Lin, “Gay Bar: Why We Dated”
Rodrigo Garcia, “Farewell to Gabo and Mercedes: Memoirs of a Son of Gabriel García Márquez and Mercedes Barcha”
Doireann Ní Ghríofa, “A Ghost in the Throat”
Albert Samaha, “Concepcion: the fortune of an immigrant family”

Critical
Melissa Febos, “Daughter”
Jenny Diski, “Why Didn’t You Just Do What You Were Told?: Essays”
Jesse McCarthy, “Who Will Pay Reparations on My Soul?: Essays”
Mark McGurl, “Everything and Less: The Novel in the Age of Amazon”
Amia Srinivasan, “The Right to Sex: Feminism in the 21st Century”

nonfiction
Patrick Radden Keefe, “Empire of Pain: The Secret History of the Sackler Dynasty”
Joshua Prager, “The Family Roe: An American Story”
Sam Quinones, “The Least of Us: True Stories of America and Hope in the Age of Fentanyl and Meth”
Clint Smith, “How the Word Got Around: An Account with the History of Slavery Across America”
Rebecca Solnit, “Orwell’s Roses”