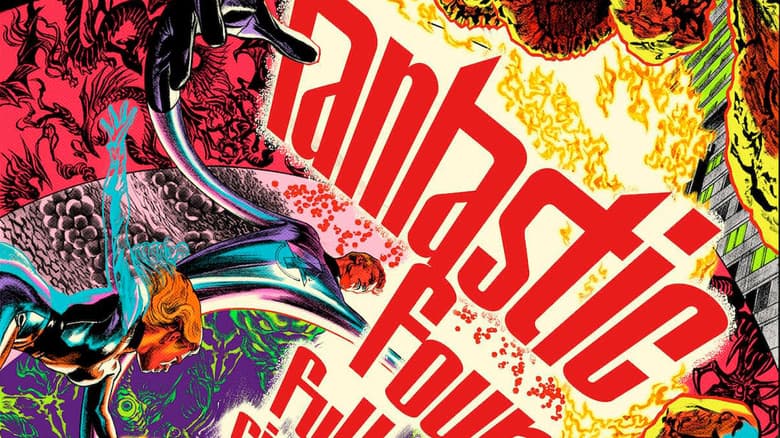 The graphic novel “Fantastic Four: Full Circle” by renowned artist Alex Ross will arrive in the summer of 2022

In The fantastic four: full circle, it’s a rainy night in Manhattan, and not a single creature moves apart. . . Ben Grimm. When an intruder suddenly appears inside the Baxter building, the Fantastic Four – Mister Fantastic (Reed Richards), the Invisible Woman (Susan Storm Richards), the Human Torch (Johnny Storm), and the Thing (Ben Grimm) – come together find themselves surrounded by a swarm of invasive parasites. These negative energy scavenging creatures arrive on Earth using a human host as a delivery system. But for what purpose? And who is behind this untimely invasion?

The Fantastic Four have no choice but to travel to the Negative Zone, an alien universe entirely composed of antimatter, risking not only their own lives but the fate of the cosmos!

The fantastic four: full circle has been acquired and will be edited by longtime Ross editor Charles Kochman, editorial director of Abrams ComicArts, alongside Marvel VP of Publishing, executive editor Tom Brevoort.

“It’s the Fantastic Four story that I’ve wanted to tell for years, and visually it’s one of the greatest artistic experiences I’ve tried,” says Alex ross. “I’m excited to share this work with everyone, as it unites the two great publishing forces of Marvel and Abrams ComicArts in a bold new collaboration.”

“Alex and I have worked together for almost 30 years, when I was an editor at DC Comics and hired him to paint his very first book cover in 1993, before wonders has been released, ”Kochman says. “In The fantastic four: full circle, Alex revisits a classic 1960s Stan Lee-Jack Kirby comic book and presents the storyline for a new generation of readers.

The fantastic four: full circle is the first graphic novel that Marvel has licensed to another publisher in over 40 years. The post will also mark the launch of MarvelArts, an exciting new graphic novel collaboration between Marvel Comics and Abrams ComicArts.

The fantastic four: full circle arrives on the shelves August 2, 2022, wherever books are sold!