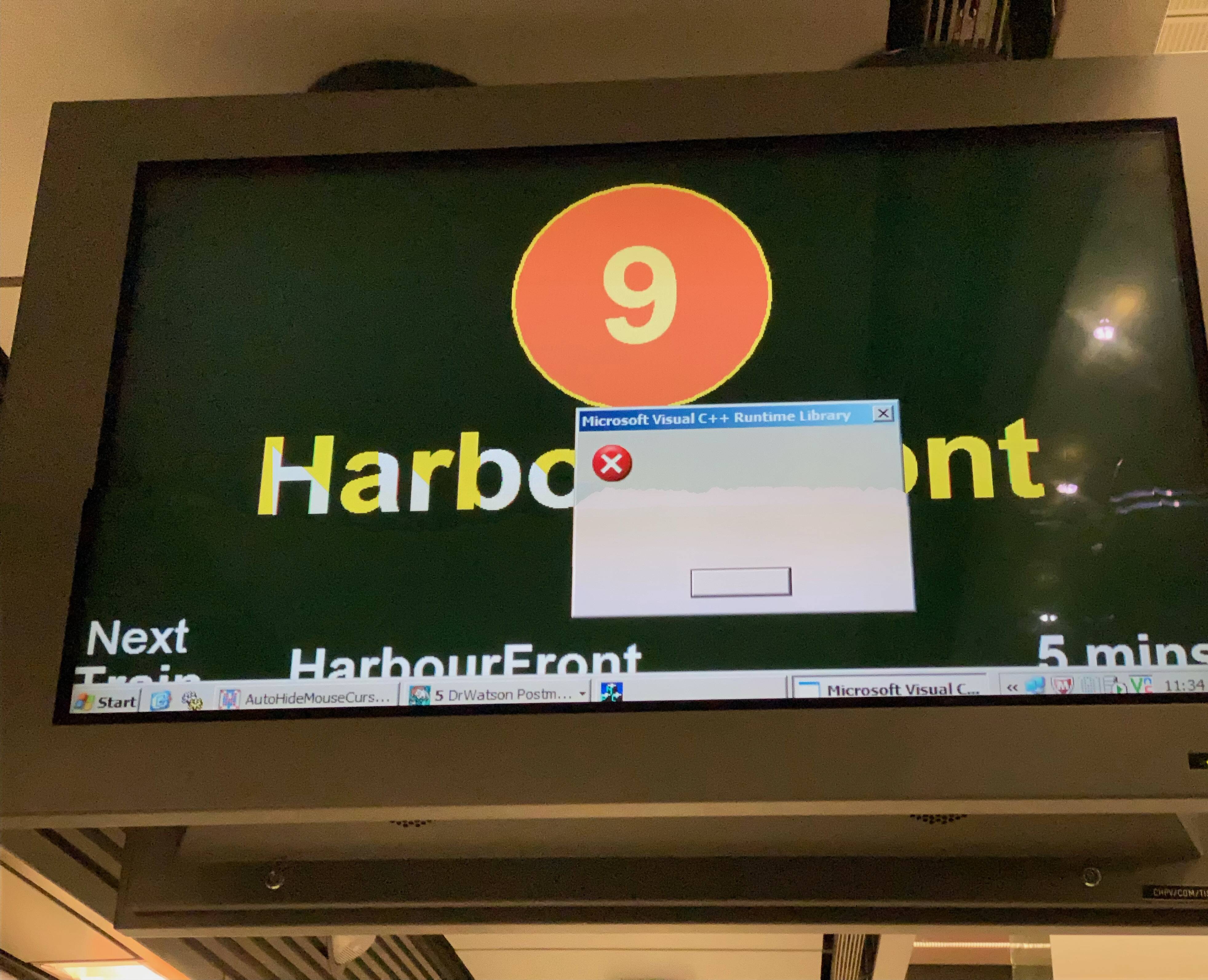 Running in circles with Windows in Singapore • The Register

12BoC Some errors are descriptive. Some mistakes are misleading. And some mistakes … well, your guess is as good as ours. Welcome to another entry in our 12 Christmas Borks.

We venture overseas for today’s example of sick signage, which has seen better days and is in dire need of an operating system upgrade.

“Another fantastic misdescription of our friends in Redmond,” remarked the Register drive that was waiting for a train to the Microsoft Visual C ++ runtime library.

We don’t know what’s wrong here. There is no visible text on the dialog box or even on the button. It really is a ghost in the machine or a bok in the box.

And it’s a very, very old version of Windows. The Start button may refer to the Classic shell, or perhaps a variant of Windows CE. There could easily be some XP shenanigans, and the system tray is a veritable gallery of thugs, from the inevitable McAfee icon to something SQL Server related.

Even dear old Doctor Watson visited with his debugger. Five times, at first glance, it means that something is wrong at all.

Normally we would say it wasn’t a bad thing. If it is not broken, there is no need to repair it. However, in this case, things do indeed seem very broken. ®

On the eighth day of Borkmas, the bork gods sent me:

You need an operating system upgrade;

IKEA does not update;

advocacy for a battery;

and a notepad where one should be ♬

5 predictions for bitcoin, NFTs, and the future of money