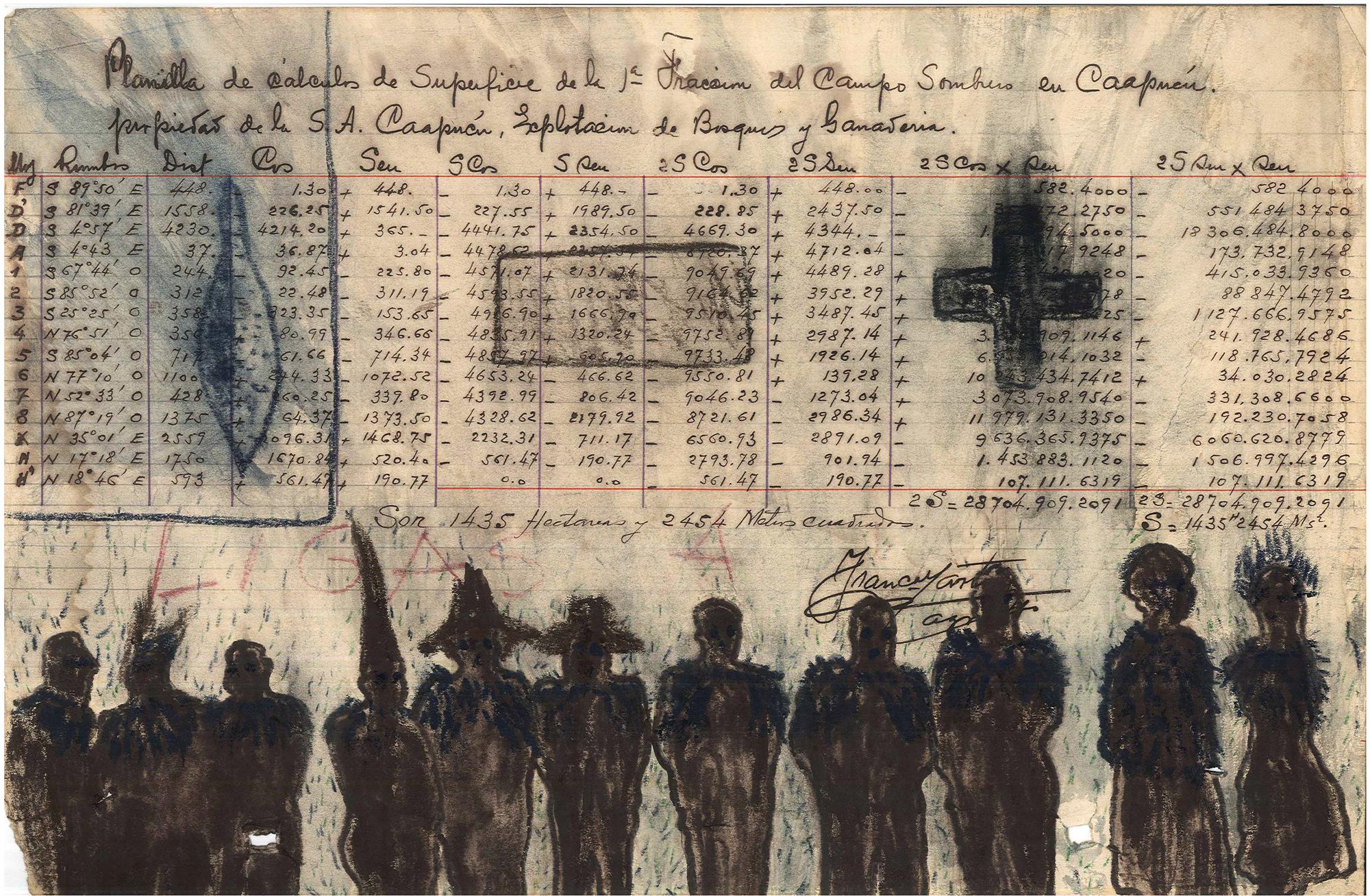 Review: “The Missing Circle” delves into Latin America’s complex past

With numerous works in earth tone palettes and natural materials, “The Missing Circle” in Kadist (until January 8, 2022) connects nature, decadence and death with the transatlantic slave trade, political unrest , inequality and mass murder in Latin American Stories. While the exhibit nicely presents many Latin American artists and the region’s complex histories, it also raises questions about who is allowed to represent global narratives, although the organization refrains from exhibiting primarily works. from its own collection.

Among the strongest works in the exhibition, the brightly colored drawing by Jorge Julián Aristizábal breaks with the muted color and poetics of much of the exhibition. Exploiting a complicated space between illustration and documents from the colonial era, Aristizába boldly depicts the Colombian massacre of El Aro in 1997. In the densely detailed drawing, a verdant hill is dotted with decapitated heads, helicopters, bags of money and paramilitary troops with guns. Aristizábal explicitly names the places with colorful flags and identifies key paramilitary operatives, like Salvatore Mancuso and Carlos Castaño, by hand in cursive and in portraits flanking the sides of the images. At the top center of the drawing, Aristizábal places a portrait of Álvaro Uribe Vélez, then governor of Antiquia and Colombian president 2002-2010. With strings attached to Uribe’s fingers, like a puppeteer, the artist presents a direct criticism despite the playful aspect of the work.

Moving on from the metaphor of the political puppet, Carlos Amorales’s striking black and white 2017 film La aldea maldita (The cursed village) uses simplistic cut-out puppets to tell about a family as they move to a village and get lynched. With extremely straightforward production levels, devoid of complicated post-production and CGI magic, Amorales establishes palpable tension as the family slowly weaves their way through a dark forest while ominous characters lurk in the background. Like bird calls or a choppy computerized sound, the soundtrack of Amorales’ whistles suggests communication, which at the bottom of the screen seems to translate into a simplified form of pre-Columbian writing. As the family is attacked, the camera returns to a context shot that reveals five musicians frantically playing around the set. Like the haunting fables of Brother’s Grim, Amorales’ simple cut-and-paper game poignantly balances a franchise with code language against a gruesome event.

While the first two galleries contextualize the works of many Latin American artists on a range of subjects, the exhibition merges rather disjointedly into the third gallery on-site, particularly Chile’s Atacama Desert. In addition to its difficult geography, Atacama is the place where Augusto Pinochet brutally cast and executed many political rivals and dissidents, which was powerfully addressed in “Nostalgia for the Light” by Chilean filmmaker Patricio Guzmán (2010). With works by French artist Pierre Huyghe; Romaetti Costales, the collaborative duo of French artist Julia Rometti and Belarusian artist Victor Costales (based in Mexico City); and the only Chilean artist Cristóbal Lehyt, Atacama is represented in photography, sculpture and drawing which explore this deterioration of the body and nature, especially through bones.

While this is a striking image, Huyghe’s “Dead Indian Hill” (2016) is particularly problematic. While the image depicts the skeletal remains of a suspected miner from Atacama, Huyghe ventures to exploit the tragedy of others. Additionally, as with Huyghe’s work based on the Fukushima nuclear fusion, this work appears to be another example of the global art star changing shape and parachuting into places with no personal investment in the room. .

While many of the detailed stories invoked in the “missing circle” may be unknown to San Francisco viewers, it creates conversations and forces us to go beyond our comfort level and knowledge. With many artists from all over Latin America or with connections to Latin Caribbean history, with the exception of Huyghe, the exhibition sensitively considered the importance of fatherhood within a global artistic community.