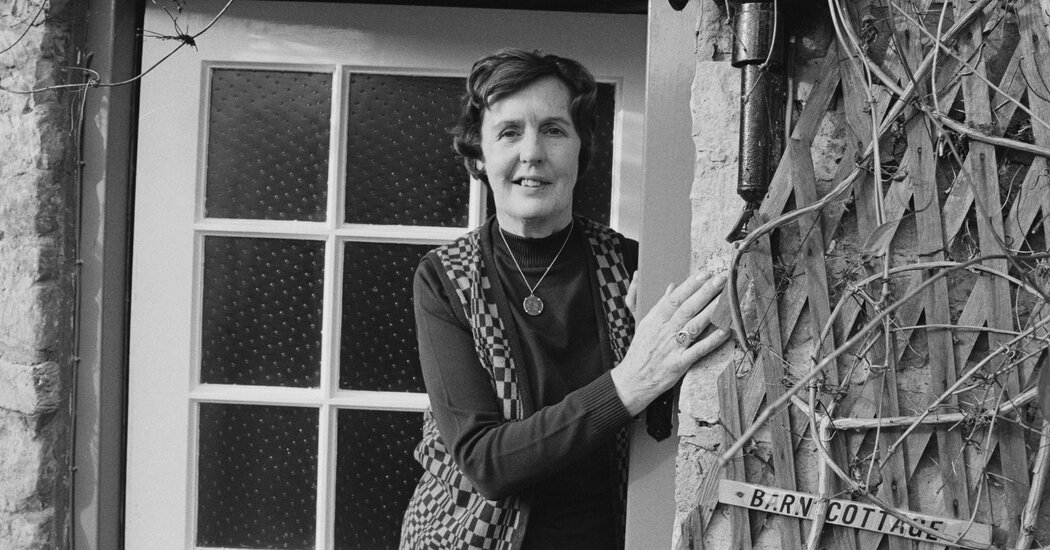 Barbara Pym: An excellent woman? Most of the time.

Pym’s life spanned most of the 20th century. Born in Shropshire in 1913, Pym began writing early, but had her true intellectual awakening at Oxford, where she met companions who would become not only lifelong friends but role models for her characters. Popular but not exactly pretty, she fell frequently and painfully in love. It’s a pattern that will repeat itself throughout Pym’s life. She had a taste for bad men: unworthy, unavailable or homosexual, sometimes all of that. She could sacrifice herself to the point of masochism, subsist on crumbs of affection – not only did she work as a secretary for one of them, she paid “30 shillings a week and a few caresses”, but in doing so she found a half-finished love poem he had written to his future (first) wife, written, as Byrne tells us, “in ‘evil pretense of heroics’.” Upon his return, he found that Pym had completed (and improved on) the poem.

Pym’s most satisfying love story seems to have been his most regrettable. A passionate Germanophile (she wore a Tyrolean hat and had become accustomed to using “selbstverständlich” instead of “of course”), she visited Germany several times between 1934 and 1938, and was impressed by Nazism, and by a Nazi in particular: Friedbert Glück, who seems to have been a member of the SS. They spent weeks together and wrote often; Glück sent her a picture of himself, which she framed for her office, and a copy of one of Hitler’s speeches. Pym finally seems to have given up on both Friedbert and her past affection for him. (“One feels one should be ashamed of ever having loved a German,” she wrote in 1941.) But Byrne treats Pym’s Nazi interests—not quite sympathy—at length and without the reluctance earlier and less impartial biographers of Pym. And she resurfaces an early draft of Pym’s first published novel, “Some Tame Gazelle” from the 1950s, which included several affectionate Nazi references, “rather special people.”

In his desire to present the less appealing side of his subject, Byrne improves upon previous biographies, a cottage industry of Pymiana maintained by his friends and family. And Byrne is good at filling in some of the contemporary context that has informed her life and work. But as with previous books, Byrne’s main source is the Pym hoard in the Bodleian Library, Oxford. It’s a huge resource – decades of diaries, notebooks, drafts and letters – but also a hindrance: where the author is silent, Byrne is also silenced. Seemingly important events, like the death of Pym’s mother, are dispatched in one sentence. Much of it is read into the gaps in the record: when Pym redacts his diary at moving moments, Byrne must hazard guesses about the precise reasons. About the last unfortunate affair in Pym’s life, her friendship or more with Richard “Skipper” Roberts, a gay wealthy she would send in 1978’s “The Sweet Dove Died” – which was dedicated to him – Byrne writes, “It’s impossible to know how physical Pym and Skipper’s relationship has become.” But one way could have been to ask her. Roberts died in 2020. If Byrne contacted him about the book, she makes no mention of it.

In keeping with contemporary tastes, the titular adventures are mostly from the heart. Much attention is paid to Pym’s friendships with men, often homosexual, who (unusually for the time) populated his fiction as well as his life. But the longest and most important relationship of Pym’s life, with his younger sister Hilary, gets relatively little attention – even though the two have lived together for decades. Pym’s long career at the International African Institute, which provided him with abundant material for his novels, is barely mentioned; and little regard is given to his faith.

The books, too, are oddly short, with more plot summary than critical appraisal. Towards the end of his life, Pym experienced an unexpected revival. Larkin, who suffered with her during her career-ending exile, was also partially responsible for his inversion; in 1977 he named her in a Times Literary Supplement poll as the most underrated author of the 20th century; in this case, Lord David Cecil too. His books have been reprinted, joined by previously “unprintable” titles. His “Autumn Quartet” was then shortlisted for the Booker Prize. Readers wrote to her, says Byrne, “delighted to find that she was not dead”.