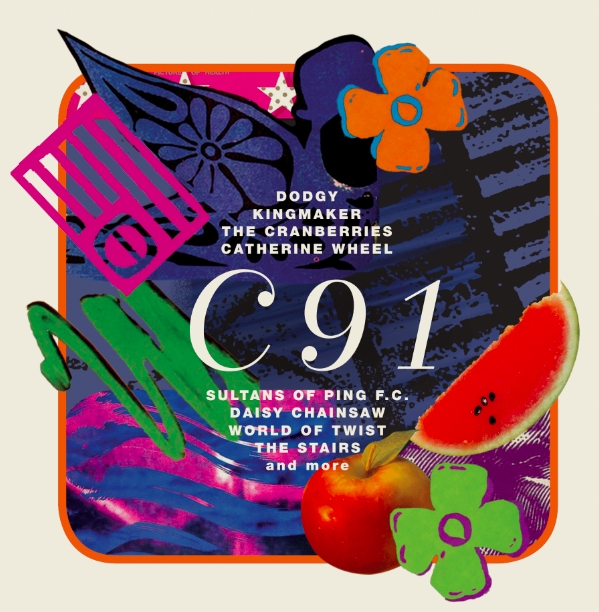 For those of a certain age, 1991 accumulates more resonance over time. Sonic Youth capped their 1991 touring film The Year that Punk Broke, which was partially shot in Sir Henry’s in Cork and The Top Hat in Dún Laoghaire.

Nineteen ninety-one witnessed the liberation of the Birmingham Six and the First Gulf War. The latter prompted the BBC to heavily censor radio playlists. Massive Attack rebranded itself as Massive to avoid the ax, which bizarrely fell on Into Paradise with It Burns my Skin and Something Happens with Parachute.

Looking at it all now, on the surface it feels like one of the greatest years in recent musical history. Cherry Red Records’ latest compilation emphatically reveals that wasn’t quite the case. C91 is a turgid parade of B-list indie pop that should be consigned to the atomic trash of Ned’s story, rather than being resurrected in this bloated and utterly useless version.

C91 is for people whose idea of ​​having a good time is a tribute band festival called Northern Love, where headliners include The Clone Roses, Oas-is and Happy Mondaze.

With a few very honorable exceptions (including The Sultans of Ping FC and The Cranberries), the music is truly horrible. C91 makes the extremely fragile case that we should hold the likes of Daisy Chainsaw, World of Twist, The Sweetest Ache, See See Rider, Spirea X, and the band with the most honest name of the lot, Dodgy, in the same high regard. as we do the pioneers of the decade.

The only way to digest this collection would be in the caustic company of a panel consisting of the late Mark E Smith of The Fall, Ian McCulloch of Echo & the Bunnymen and Nicky Wire of the Manic Street Preachers ripping up every two-bit excuse for a band for breakfast. No wonder David Stubbs’ hilarious Mr Agreeable review in Melody Maker never ran out of material.

C91 is for people whose idea of ​​having a good time is a tribute band festival called Northern Love, where headliners include The Clone Roses, Oas-is, The Smiths Ltd and Happy Mondaze. It’s the worst circle imaginable in indie pop hell. All too real hell on earth where middle aged men still think it’s okay to don loose clothes, wear fisherman’s hats, pout like Ian Brown and adopt a pathetic simian swagger .

Of these 59 songs, two stand out for several kilometers of country; Stay Beautiful by Manic Street Preachers and Nothing Can Stop Us by Saint Etienne. Tellingly, these two artists still have successful careers.