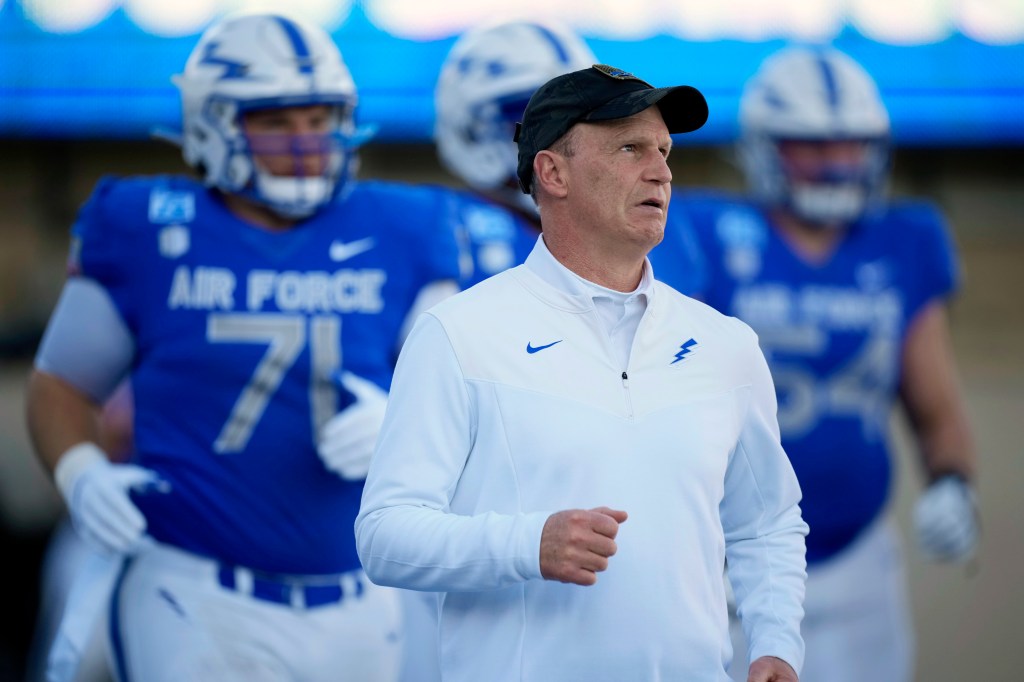 And that’s one of the main reasons the staff at Grading the Week have an eternal affinity for the Troy Calhoun Air Force Falcons.

The Air Force’s 48-14 rout box score against UNLV at Falcon Stadium on Friday says it all.

This, dear readers, is a work of art. Frame it and auction it like NFT. And while you’re at it, maybe consider shipping it north to the other three great Centennial State college football programs. Because that kind of domination hasn’t been seen in CU, CSU, or Northern Colorado in quite a while.

With Friday’s resounding victory, the Falcons ended the regular season with a 9-3 overall record. That’s nine wins in 12 games – or a combined CU, CSU and UNC short (10) with one bowl game remaining to be played.

Just two years ago, it was rumored that Calhoun was running for the vacant CU head coach post after Mel Tucker rushed for B1G money. His candidacy was met with a collective yawn from the Buffs loyalists, although the Calhoun Falcons had nearly four times as many bowl offers (11) as CU (3) during his 15-year tenure. .

Without a doubt, the visions of Triple Option Saturdays at Folsom Field have clouded the minds of CU fans.

What we say this to: Things could be much worse. Like, say, the 2021 Buffs offensive.

But here we are, mourning the loss of another player to a late-season injury (guard PJ Dozier, ACL tear) as we anxiously wait to see if another (forward Michael Porter Jr., fullback) ) will suffer the same fate.

With even the indefatigable Nikola Jokic missing games with a wrist injury, and Jamal Murray just months away from joining the team after suffering an ACL tear last spring, it’s starting to feel like this season is already lost.

With the Nuggets still on the brink of reaching the playoffs for a fourth straight year – there’s no way a team led by Jokic will end up outside the Western Conference’s top 10 – it’s hard to pin them down. imagine making noise when they get there.

If so, it gives us another depressing thought to ponder: Under these circumstances, should Denver even consider sacking Murray ahead of the playoffs this season?

Unfortunately, the answer is probably no. Which means we could wait another 10 months before seeing Jamal play again.

With every move he makes, GM George Paton is getting closer to the outcome everyone in Broncos Country has wanted since Peyton Manning left the building: a new QB franchise in orange and blue.

In the final analysis, contract extensions given to receivers Courtland Sutton and Tim Patrick this week will be a victory if, and only if, they convince a true QB1 (hello Russell Wilson) to move to Empower Field.

We’ve seen what Sutton and Patrick can do with middle quarterbacks. And that’s not close enough to break a playoff drought that dates back to 2016.

The wandering creativity of Sophie Taeuber-Arp

Footprints to create a circle of threads with state subsidies